We use cookies to give you the best online experience possible. Please confirm that you agree to us using them.

Yes, I agree No, I don't agree 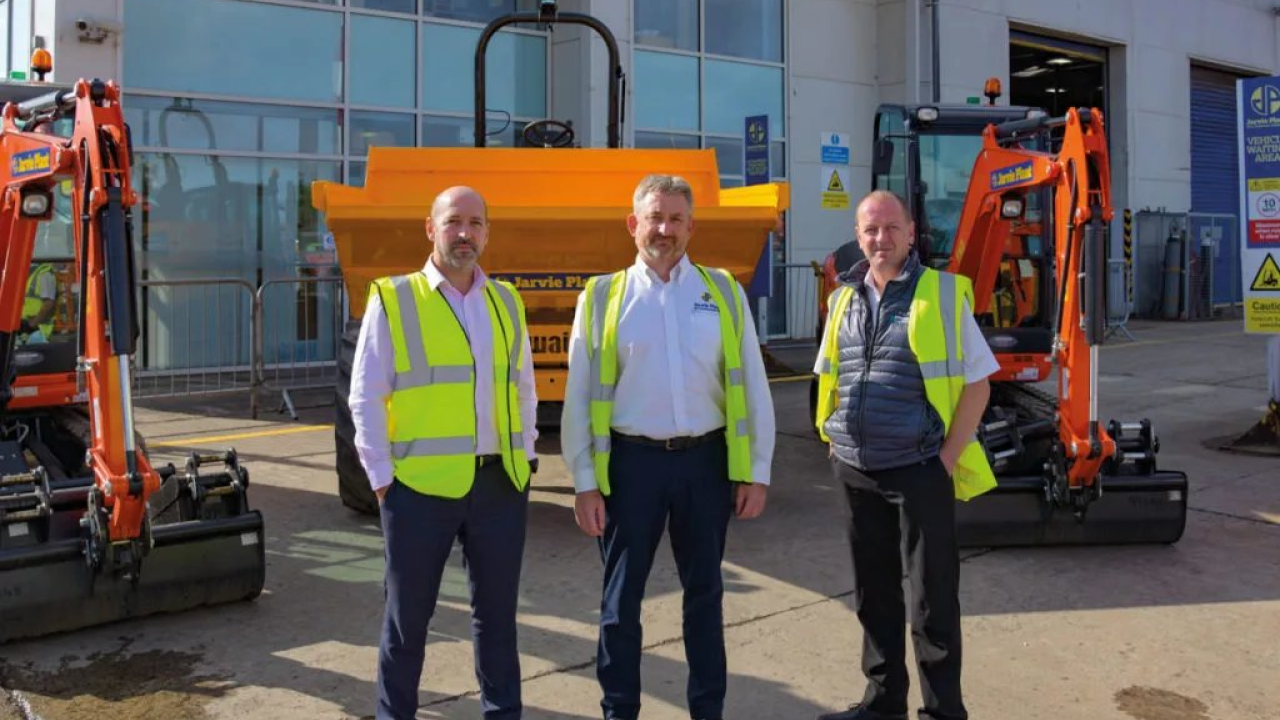 Continuous investment in high-quality machines has been “paramount” to the success of Grangemouth-headquartered Jarvie Plant Group.

The firm, which has a fleet comprising of everything from excavators and dumpers through to powered access platforms and rotating telehandlers, prides itself in having one of the youngest fleets around.

This year alone, Jarvie has bought 54 machines from Molson Young Plant Sales in an order worth in excess of £1.3 million. The deal is made up of 25 Kubota excavators of various sizes and 29 Thwaites dumpers.

“(Fleet investment) is paramount. We tend to change everything every three years. It adds a lot of value to our customers by having a young fleet as it means when the machines are going onto site, they’re not breaking down.”

Jarvie was founded in 1960 and has remained a family-run business ever since. Arturo believes that aspect has been integral as the company has expanded over the years. The firm now has 165 employees and depots in Scotland and Manchester.

“From a local point of view, people like to deal with a family-run business,” Arturo explained. “We employ a lot of people from the local community and the brand is well known, certainly in the central belt.

“I think the values that the company have (can be seen) through all the nine branches. We have processes in place. We’re exceptionally hands-on as directors. The family is still here. There’s always a Jarvie presence around.”

Like many plant hirers at the moment, the cornerstone of Jarvie’s work currently both north and south of the border is the housebuilding sector.

Arturo said there are challenges for a Scottish brand establishing itself in England but, two years down the line, Jarvie is building a “strong business” in Manchester.

“We have a good name in Scotland, everybody knows us,” he said. “People use tried and trusted suppliers so all of a sudden, this new face appears and it’s like ‘why would I want to use you?’ Customer expectations are pretty much the same, it’s just breaking into a new circle and trying to breakthrough.

Reflecting on the deal with Molson Young, the order marks another milestone in what has been a long-standing relationship between the two businesses.

“It’s a partnership as far as we’re concerned,” Arturo said. “Without these guys, we haven’t got a business to run. It’s a two-way street. They supply us with good kit, we can then hire that out to our clients and reputationally it’s all good. The aftercare, the maintenance side, the warranty side, is all really important.

“We use our suppliers for a long time because we can rely on them.”

Drew Grant, plant manager at Jarvie, explained that the business purposely opts for machines from a small number of manufacturers.

“Excavator-wise, and in all areas of the fleet, we always have two main suppliers,” he explained. “We keep it tight, that’s the only way to deal with a multi-depot company. For as long as I’ve worked for Jarvie Plant, and known Jarvie Plant, Kubota has always been first tier for mini and midi excavators. That’s been backed up by JCB.”

Drew cited the “unrivalled reliability” of the Kubota machines as the main reason for continuously returning to the brand. “Quality, performance, reliability, and ultimately throughout the whole fleet, for the size of the Kubota fleet, the issues we have are negligible. We have peace of mind.

“On the dumper side, we have certainly been happy with the Thwaites product over the years.

“Safety has always been an issue with site dumpers. Jarvie Plant has always been innovative. Ten years ago, we put the first cabbed dumpers in the fleet – they were Wacker Neuson. Forward-facing cameras is something we’ve put as standard on our fleet for the last four or five years now. We’re doing the same with the Thwaites product.”

Molson Young Plant Sales managing director Brian Young said, “Jarvie Plant have been a valued and loyal customer of Molson Young Plant Sales for many years. As with all our customers, we believe that providing quality products with after sales support that you can rely on is the start of building a long lasting working relationship.

“Over the years, we have been able to deliver this for Jarvie Plant and this has formed a mutual respect and trust between the businesses that allows deals like this to happen.

“We are looking forward to continuing to support Jarvie Plant in their growth south of the border, with our colleagues in other areas of the Molson Group able to provide the timely and reliable after sales support from local depots that they have come to expect from their experience with Molson Young Plant.” 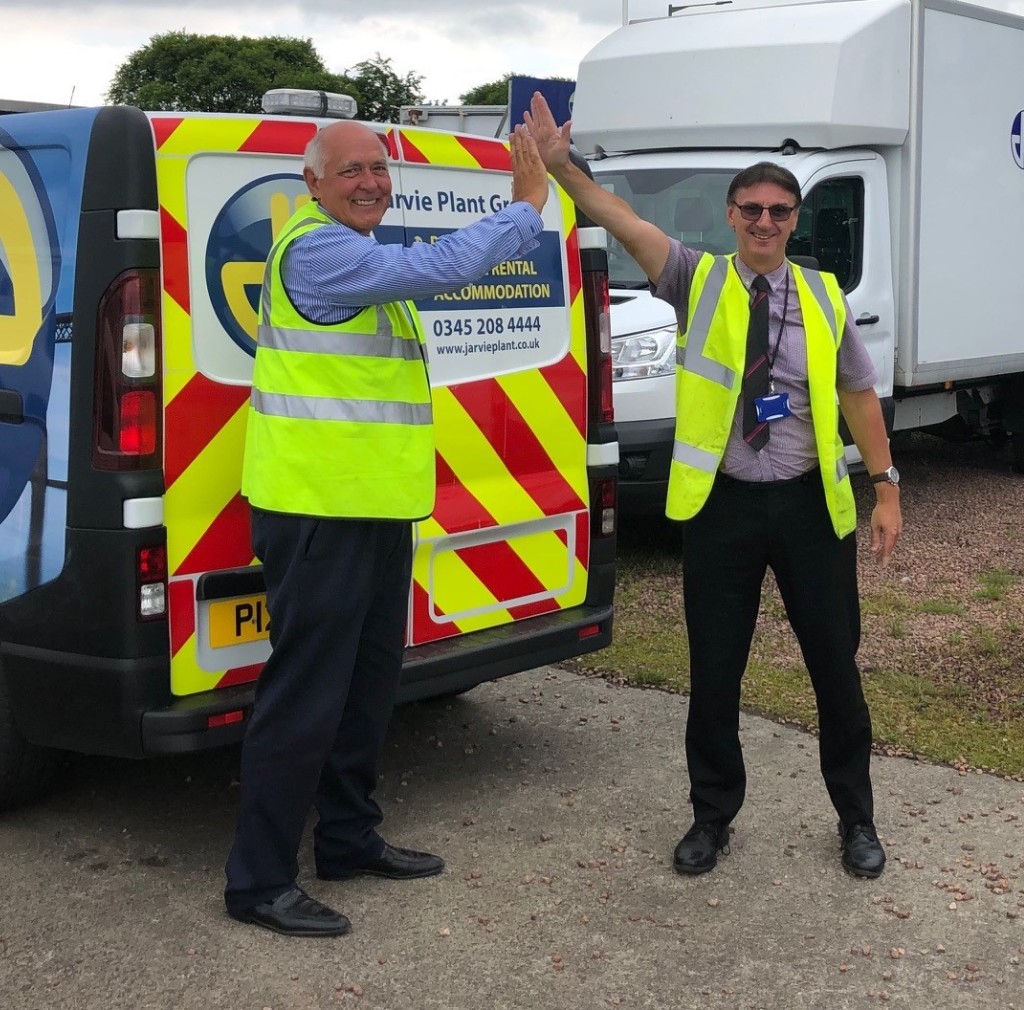 Jarvie Plant can help with your project. Get in touch for a bespoke, competitive quote.

Keep Roads Clear With Our Snow/Ice Clearing And Gritting Equipment